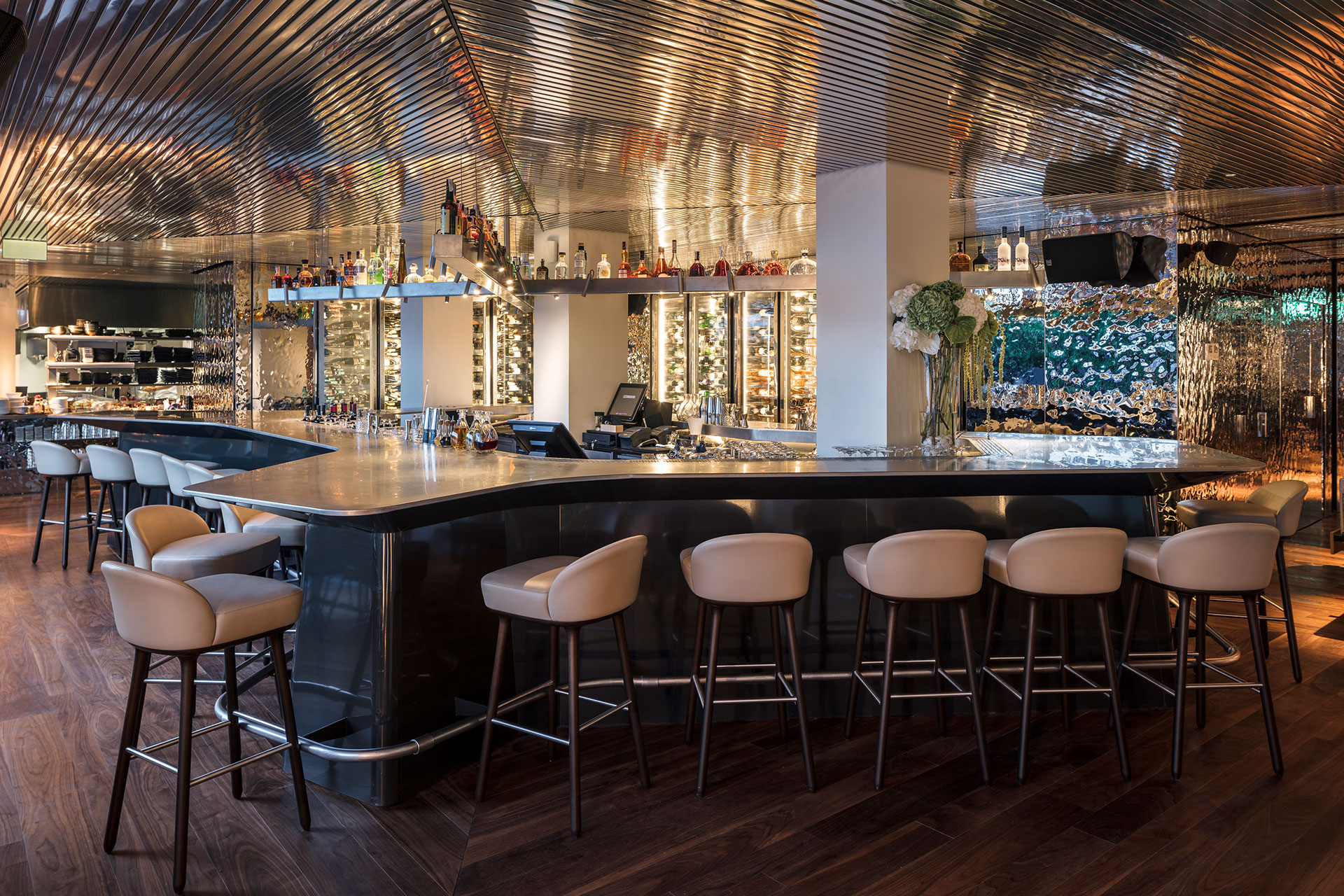 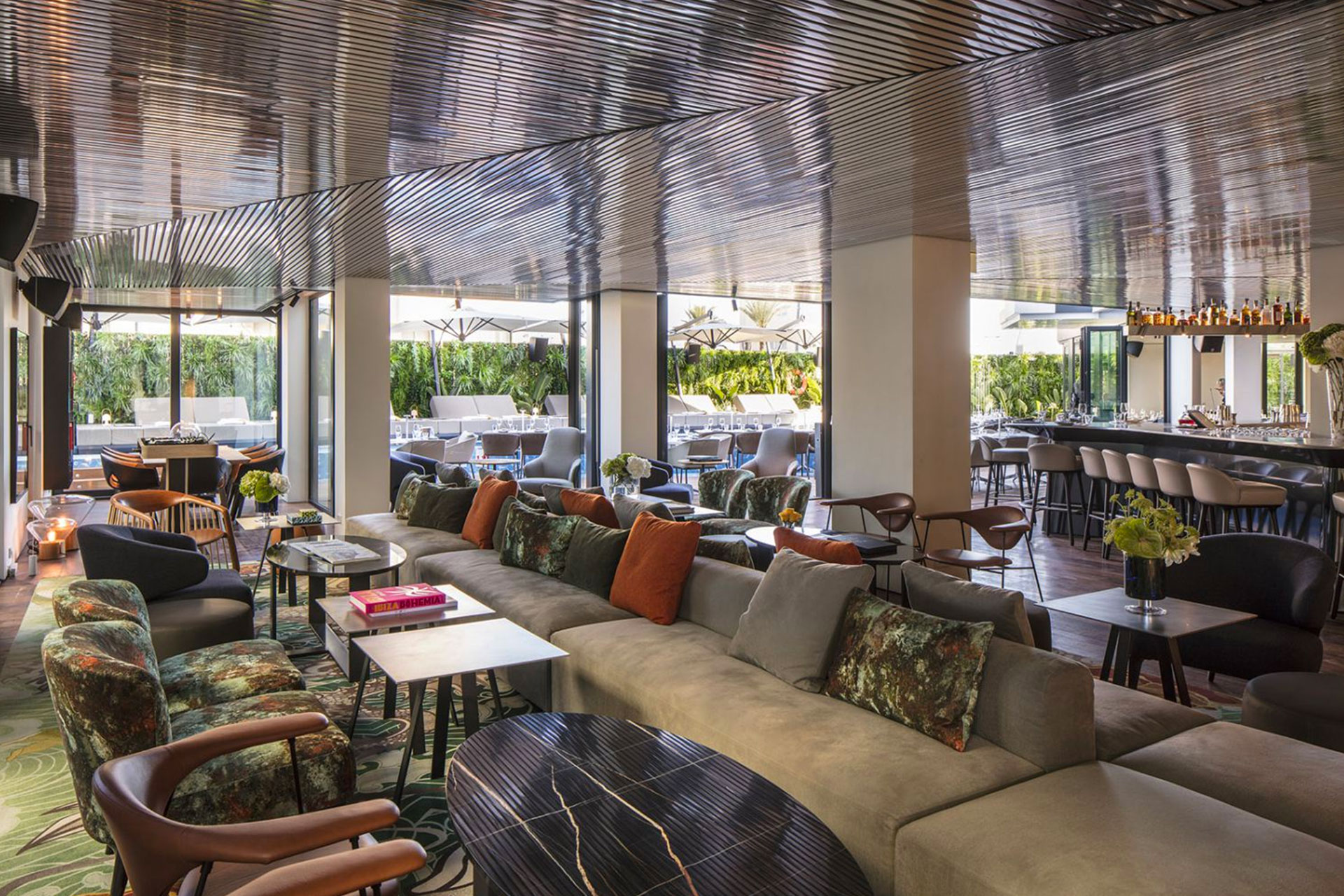 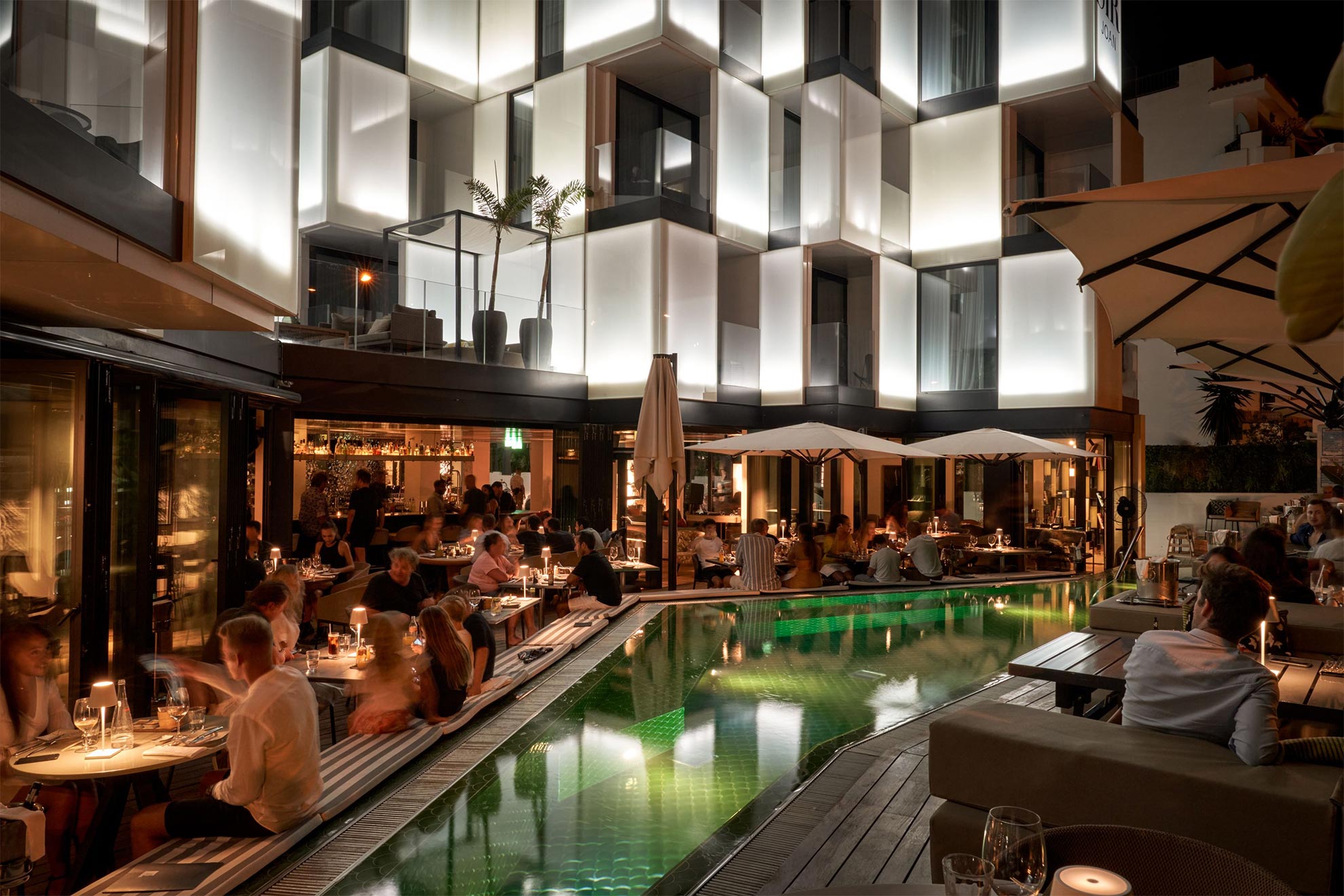 See you next season 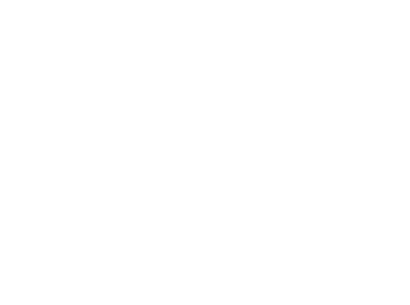 IZAKAYA presents modern Japanese cuisine with South American influences – an outstanding shared–dining concept that suits the cosmopolitan nature of Ibiza. Behind this inspiring concept are renowned hospitality entrepreneurs Yossi Eliyahoo and Liran Wizman, owners and founders of Amsterdam–based ‘THE ENTOURAGE GROUP’ and the Group’s CEO, Stephanie Pearson. The Group has already celebrated multiple successes including Amsterdam restaurants MOMO, MR PORTER and THE DUCHESS. IZAKAYA Amsterdam opened in 2012 and has become a firm favourite of locals, celebrities and the international jet set crowd.

Yossi Eliyahoo of THE ENTOURAGE GROUP says: 'IZAKAYA is a contemporary dining experience where extravagant Japanese cuisine meets Peruvian flavours. Authentic elements are given a contemporary twist when combined with creative techniques. This is not only presented in the menu but throughout the whole concept. It’s the essence of IZAKAYA; authentic yet never traditional. We are extremely proud to introduce the concept to Ibiza.'

In 2017, IZAKAYA travelled to the Balearic Islands and settled at the heart of Sir Joan Hotel. Baranowitz + Kronenberg took the initial urban DNA of IZAKAYA, which they first defined in Amsterdam and transcended it to the realm of a summer resort of laid–back sun–seeking elite, jet setters and smart party lovers. Perceived as an inside–out venue, Sir Joan’s outdoors and pool are part and parcel of the IZAKAYA experience.

Inspired by the maritime life of the Balearics, the IZAKAYA design resonates with yacht living where walnut wood planks, polished stainless steel details and socialising are fundamental.

A giant wine fridge made from steel becomes the main feature of the central bar, offering a vast international fine wine library as well as a unique selection of Japanese sake, Shōchū and whiskeys. An iconic 360 degrees’ island bar executed in black steel is embraced by an overwhelming wine library set in state of the art fridges of crystal glass and polished steel. IZAKAYA’s show kitchen stands out as a socialising venue where parties of up to 15 guests are able to share an inspiring culinary performance while seated along the polished steel countertop of the kitchen. Floating above it all is a stainless steel polished lamella ceiling that mimics water reflections, mirroring and amplifying the unfolding chronicles of IZAKAYA living.

Outdoor cabanas and dining around the pool takes IZAKAYA under the sun, for which a laid back spatial experience is supported by simple bespoke design gestures where after sunset sun loungers turn into cosy dining spaces.

With DJs setting the energetic vibe from sunset throughout dinner, IZAKAYA turns the place into a music and drinking scene every night.

Time–honoured techniques blend together with innovative signatures, with spectacular dishes as the result. A sophisticated menu of a variety of small, unconventional dishes and specialties of the robata grill, always daring the guest to try something new.

As in Amsterdam, the traditional robata grill is also at the heart of the restaurant in Ibiza, where guests will be able to watch the chef prepare their selected culinary sensation directly in front of them. Guests can also expect further highlights in the form of specialities from the Hibachi ‘fire bowl’ – a Japanese small hot plate – and of course, what would Japanese cuisine be without sushi and sashimi? Exotic spices play a particularly important role in Ibiza. Also featured is a sophisticated menu of Sakana, a variety of small dishes that are perfect for sharing. The unique culinary concept involves serving the different courses on small plates one after the other so that everyone gets a chance to try something they have never had before, and the discussion afterwards is part of the experience.

IZAKAYA is best translated as ‘pub’ – a place deeply rooted in Japanese culture. The word ‘sake’ can also be found in the name, so it is little surprise that in addition to the selected wines and first class cocktails, the island bar also offers rare high–end and high percentage rice wines as well as house–infused tonics made with traditional, house–made Shōchū as a base.

Renowned for creating cutting-edge food and drinks concepts, THE ENTOURAGE GROUP is transforming the face of high-end hospitality in the Netherlands and beyond.

‘As a creative concept developer, I envision and feel the places I design before they actually exist. I love to develop something from the roots and pay attention to every tiny detail. Every aspect has to be captured by the same language’, – Yossi Eliyahoo, founder of THE ENTOURAGE GROUP

Subscribe to our newsletter below by entering your e-mail address.